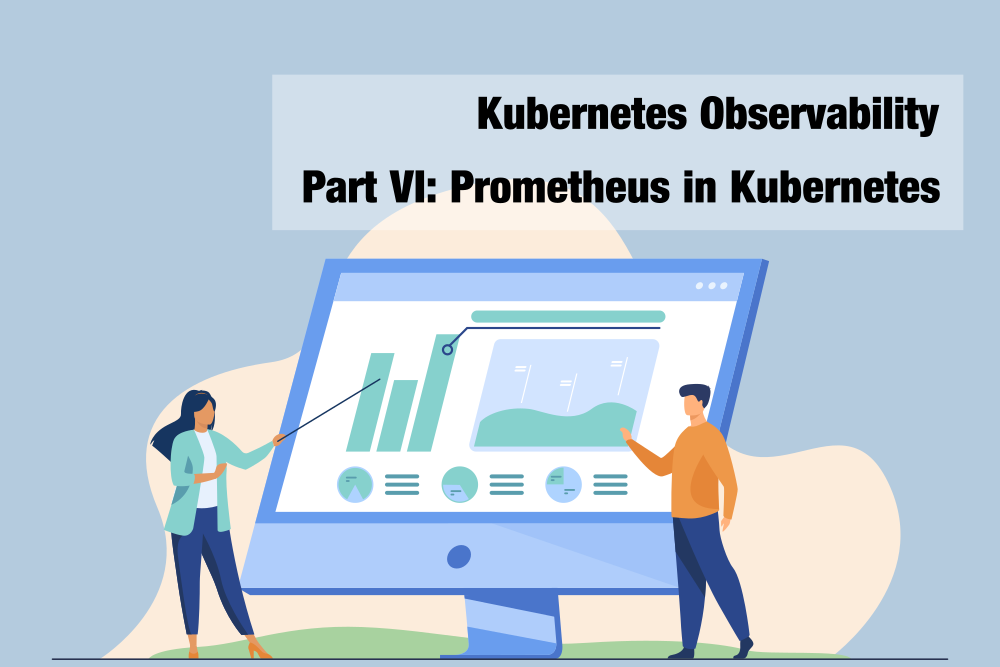 This article discusses the different options you have to install Prometheus in Kubernetes, and then explains the installation of the Prometheus operator in detail, using the kube-prometheus-stack Helm chart. I conclude with how to upgrade your Prometheus stack as well as your own alerting rules and Grafana dashboards.

To make the most of this article, you need to be familiar with Prometheus and Kubernetes:

Regarding Prometheus: you first need to understand Prometheus well, including its architecture, concepts, how to configure it, and the PromQL language, for which you can consult my other articles (see above).

Regarding Kubernetes: you should be familiar with basic concepts, including Helm charts and Kubernetes operators.

In this article I’ll discuss the different installation options, explain the installation of the Prometheus operator in detail, and conclude with how to upgrade your Prometheus stack, alerting rules and Grafana dashboards.

To get Prometheus up and running in Kubernetes, you have three options:

Option 3 is the recommended approach, the next section presents more details.

If you are unclear about the projects kube-state-metrics, prometheus-adapter and metrics-server and how they relate to Prometheus, expand the below box.

Kubernetes has its own approach to deal with metrics, that is independent of Prometheus, but also much less powerful than Prometheus. One of the Kubernetes SIGs (Special Interest Groups) have defined metric-related APIs (see here), such as the Resource-metrics API (which exposes CPU & RAM usage of nodes, pods and containers) and the Custom-metrics API (which exposes arbitrary metrics that you can define). APIs require implementations that actually serve them (see list of implementations). A commonly used implementation is the metrics-server that is often pre-installed in a Kubernetes cluster, but can also be installed using a Helm chart (run kubectl get pods -A | grep metrics-server to determine whether it is installed). Once installed, you can use commands such as kubectl top, or use the horizontal pod autoscaler (HPA), which requires a running metrics-server to do its work.

However, the metrics-server / metrics API is not intended to do observability. It collects only few metrics (such as CPU and memory), and only keeps the recent history of samples in volatile memory (it is not persistent), and also does not offer alerting. This is why you should install Prometheus in addition to metrics-server, using one the above recommended installation options. Prometheus persistently stores many different kinds of metrics, and does offer alerting.

There are two more projects often used in practice:

Detailed look at the Prometheus operator

Using the Prometheus operator (from the kube-prometheus package) is the recommended approach to install and operate Prometheus in Kubernetes. It will require you to learn about new concepts that are specific to the operator, but the advantage is that the operator simplifies many tasks. As the official GitHub repo states:

The last sentence, “no need to learn a Prometheus specific configuration language“, is just marketing BS. You do need to be familiar with most concepts of Prometheus and Alertmanager, as you would otherwise not be able to debug problems. Also, some aspects of the configuration require you to literally write YAML sections that would normally be part of a prometheus.yaml, alertmanager.yaml or alert-rules.yaml file.

In the following subsections we will look at central concepts of the Prometheus operator, how to install it into your cluster, how to configure monitoring of additional services, and how to get custom dashboards into Grafana.

Central concepts of the Prometheus operator

Like any typical Kubernetes operator, the Prometheus operator scans your cluster for new or changed CRs (Custom Resources), and then deploys additional pods or adapts configurations in accordance to these CRs. The most relevant CRDs are:

There are a few more CRDs you only need in certain instances. You can find the exhaustive, detailed description of the CRDs in the operator’s design docs (definitely a recommended reading).

Installation of the operator

Installing the kube-prometheus package can be done in two ways: using jsonnet (see official instructions), or using a Helm chart called kube-prometheus-stack. I will discuss the Helm chart option in detail, because most people are familiar with Helm already. While the Jsonnet approach may be more flexible than the Helm chart, it requires that you take the time to learn jsonnet and the surrounding tools. I’ve found the jsonnet syntax to be as incomprehensible as Objective-C, so that was a natural impediment for me to learn it.

To install kube-prometheus-stack, first add the Helm chart’s repository, as instructed here. Create a custom-values.yaml file in which you customize many different details (see below). Finally, assuming that your kube config is set up correctly (using the right context for the right cluster), run helm upgrade --install -f custom-values.yaml [RELEASE_NAME] -n monitoring --create-namespace prometheus-community/kube-prometheus-stack to install (or upgrade) it.

As with any Helm chart, you will need to study how it works by looking at the chart.yaml and values.yaml file, so that you override the options that make sense for you in your custom-values.yaml file. Here are a few pointers I found helpful:

As explained above, ServiceMonitor CRs tell Prometheus to scrape specific Kubernetes services, based on label selectors. Apart from the design docs, the API definition is a valuable resource to learn more about the ServiceMonitor CRD.

By default, a ServiceMonitor CR must be in the same Kubernetes namespace as the Endpoints of the Service it refers to, unless you define .spec.namespaceSelector.any = true in the CR.

It generally makes sense to examine which pre-existing services there are in your cluster, which are not directly related to your application, and create ServiceMonitor CRs for them. Typical examples include the Ingress controller or a GitOps controller, such as ArgoCD.

Here is a ServiceMonitor example for the Traefik Ingress controller:

To get custom dashboards into Grafana, the kube-prometheus-stack uses ConfigMaps. The mechanism behind this is a side-car container for Grafana. In values.yaml, grafana.sidecar is enabled by default. This causes the installation of the k8s-sidecar container in the Grafana Pod, which continuously looks for ConfigMaps with a label such as “grafana_dashboard: '1'“. These ConfigMaps need to contain the dashboard json as data value. Upon detection, k8s-sidecar mounts that json as file into the Grafana container, causing Grafana’s provisioning mechanism to pick it up.

To get a dashboard into the cluster, follow these steps:

Getting a service (e.g. a database, message broker, etc.) monitored in Kubernetes always involves these steps:

Fortunately, many Helm charts of common services already have options that do all of these steps for you. An example is the Bitnami Postgres Helm chart, where setting metrics.enabled, metrics.serviceMonitor.enabled and prometheusRule.enabled to true will take care of everything.

For many other common exporters (such as Blackbox exporter, redis, rabbitmq, or Pushgateway) you can find supported Helm charts here.

However, when running Prometheus in Kubernetes, several other labels are added, as the screen shot below illustrates, which I took of the Prometheus web UI (Status -> Targets):

If you want to add more (static) target labels to all metrics scraped from a Service for which set up a ServiceMonitor, you have two options:

Most tutorials forget (?) to mention that just running the helm install command once (from your developer laptop) is a bad idea. You should update your monitoring stack from time to time, in an automated fashion. Tools such as dependabot or Renovate bot are a great help, in combination with configuration management as code tools, such as Helmfile or Helmsman. You can find a detailed introduction to Renovate bot in my previous article here. Use these bots to regularly check for new kube-prometheus-stack Helm chart releases, and have them automatically apply minor version updates of the Helm chart to your cluster / Git repository.

Whenever there is a new major release of the chart, however, you should avoid fully-automated updates. Instead, have the bot create a Merge/Pull Request (to notify you), followed by manually checking the Helm chart upgrade section for potential caveats first.

Check out this article I wrote to learn how you can implement auto-upgrades of your monitoring stack using GitOps.

Whenever you tweaked the files that contain your alerting rules (or Grafana dashboards), you need a mechanism that automatically deploys them to your cluster:

Getting an entire Prometheus stack up and running in a Kubernetes cluster does take some time at first. You have to get used to the Prometheus operator concepts instead of manually writing configuration files. On the bright side, the Prometheus operator, in combination with the templates offered by the kube-prometheus project, takes a lot of work off your shoulders.

In case you run into problems, I recommend two things: