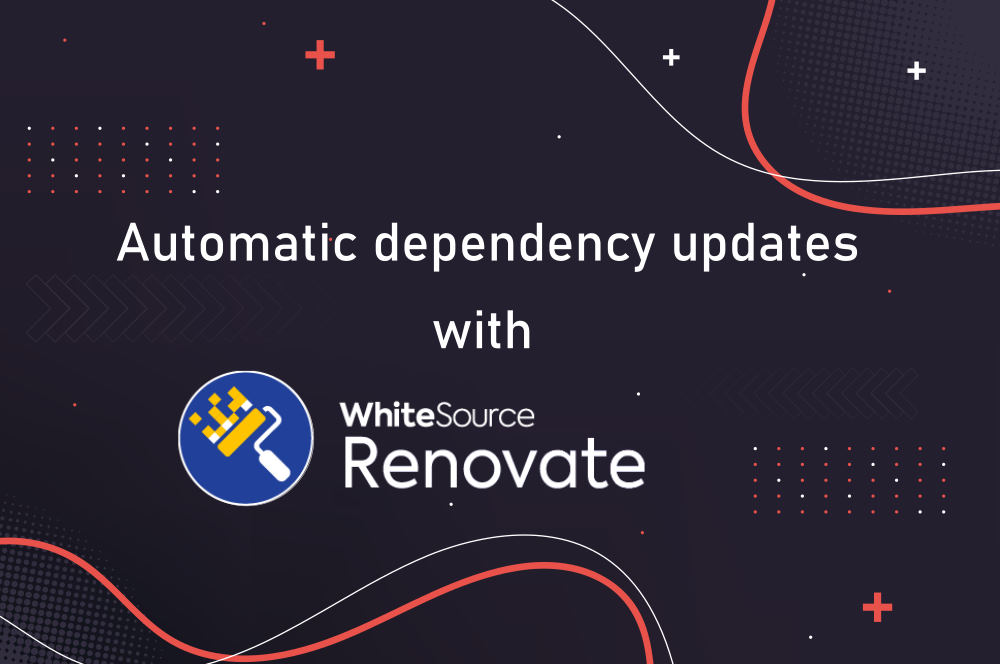 Renovate bot is a tool that automatically updates third-party dependencies declared in your Git repository via pull requests. In this Renovate bot introduction I explain how the bot works, how to operate/run the bot yourself (if necessary), and how you can configure the bot’s behavior for each repository.

Renovate (Bot) is a CLI tool that regularly scans your Git repositories for outdated dependencies. If it finds any, it automatically creates a pull request (PR) in which the dependency is updated (for GitLab, the terminology is Merge Request). Renovate is highly configurable. You can tell it to leave the PR alone (so that you always have to approve the merge yourself), or even tell Renovate to fully automatically merge the PR (after the tests run by the CI pipeline for the PR have successfully passed). There are tons of other configuration options, including the ability to customize the configuration for specific dependencies – e.g. telling Renovate to ignore a specific dependency, because you are using an outdated version on purpose, for good reasons.

Because interacting with the SCM (e.g. to authenticate and create or merge PRs), the Renovate bot needs to support the SCM-proprietary APIs. Consequently, Renovate only supports a selected set of SCMs, including GitLab, GitHub, Bitbucket, Azure DevOps and Gitea (including the SaaS and self-hosted alternatives). These are probably the most popular SCM platforms supporting PRs anyway.

Similarly, for the dependency types, Renovate supports most of the popular dependency systems (see here for a complete list), such as Gradle/Maven (Java) or Cargo (Rust). You could argue that those (popular) dependency types that are not supported (e.g. CMake for C/C++) also don’t offer a central repository that Renovate could query, to detect the most current version of a dependency.

The way Renovate is configured to run highly depends on the SCM platform. If you happen to use GitHub.com (SaaS), then you don’t need to configure any operations-related aspects. As documented here, the makers of Renovate (WhiteSource) provide (and maintain) the Renovate GitHub App, which you can install (for your GitHub account) with a single click, instructing it which GitHub repo(s) it should regularly visit. In other words: you don’t have to worry about things like making sure that the most recent Renovate CLI version is run, and that it runs regularly – WhiteSource does all that for you.

However, if you use any other SCM platform, e.g. GitLab (self-hosted or SaaS), you have to take care of these aspects yourself!

The following sections go into further detail about how you can operate the Renovate bot yourself (Operations section), and how developers can configure what the bot does when visiting a repo (Development section), including the ability to use a different configuration for each repository.

Once the bot is running (e.g. being triggered once per hour via cron or a GitLab CI schedule), the development teams need to tell it to visit their repositories. This either happens when a developer invites the Renovate Bot SCM account into their repo (if the bot was configured in autodiscover mode), or the developer asks the bot operator to add the repo’s name explicitly (when the bot was configured with a list of repositories).

If you are interested in running your own Renovate bot instance in GitLab, take a look at my demo repository that illustrates how the bot can automatically update itself fully automatically (without any user intervention).

Whenever the Renovate bot scans your repository, it uses a configuration file such as renovate.json5, located at the root of your repo. It tells the bot how it should behave specifically for this repository. The reference for what you can put into this file is found on the Repository configuration options documentation page. Don’t confuse this renovate.json5 file with the config.json file that you (may have) used to configure the bot’s operational aspects (in case you are self-hosting the bot, which I explained above)!

To avoid that the Renovate bot wreaks havoc the first time it visits your repo (due to an incorrect configuration), the bot’s default behavior is to first initiate an onboarding phase (as described in the docs). The bot basically runs the following logic:

The description text of the onboarding PR contains extensive details, including the detected dependency types (e.g. pip, docker, etc.), a summary of the configuration in understandable plain English (i.e., not just a print-out of the config array), and what other PRs the bot will create on its next visit, given that you merged the onboarding PR by then.

A developer who wants to refine the Renovate configuration for their repo for the first time will be overwhelmed by Renovate’s configuration flexibility. On my first attempt, I had questions like these:

In general, it is important to understand that many of the options explained in the Configuration Options page are already summarized / grouped into presets. To understand how this works, I highly recommend reading the first two sections of the Shareable Config Presets page carefully, because it does not only explain how to share presets (which you might not care about), but also explains how presets work in general. Once you read it, it should be evident to you what happens if your renovate.json5 looks as simple as this one:

First, the config:base preset (see Full Config Presets docs) is itself expanded to many other presets (such as ":ignoreModulesAndTests", which is a shorthand for "default:ignoreModulesAndTests", and therefore that preset is explained on the Default Presets page). Next, these more concrete presets are translated to actual configuration options, as found on the Configuration Options page.

If you want to dive deeper into the topic, it makes sense to study these presets referenced by config:base more closely, to understand which of these default settings may not be suitable for your project. But you don’t have to go down this route – you can just leave the defaults, and then tweak the rules over time, whenever you discover that the bot’s behavior is not suitable.

The main problem with the default config:base preset is that the bot creates PRs (which ask you to update some dependency) immediately after the bot discovers an outdated dependency. If that dependency is updated often (e.g. multiple times per day), this also results in many PRs in a short amount of time, and a lot of (email) spam and merging-work. The Noise reduction page has pointers on how to handle this problem.

Understanding packageRules to tweak your config

The packageRules element of the renovate.json5 file allows you to select one specific dependency (by name), or multiple dependencies (via regular expressions), and fine-tune / override the configuration options for these dependencies. packageRules is an array of (JSON) objects. The allowed keys in each object can be one or more of the sub-keys explained in the packagesRules documentation (e.g. matchPackageNames), but can also be (most of the) other keys documented on the Configuration Options page – e.g. automerge.

You should realize that all rule objects in the array are valid at the same time! The matching-logic does not work as you know it from many other systems, where rules #3 and #4 are no longer evaluated if rule #2 was a match. However, the order of rule objects in the packageRules array does matter: rules declared later (towards the end of the array) overwrite values of an also-matching rule declared earlier.

Let’s look at a concrete example:

I provide a list of recommended configuration options in the cheat sheet article.

Other selectors useful to tweak the configuration

Apart from packageRules there are also other ways to override configuration options for a specific use case:

When the author of a third-party dependency offers an update, there are different types of updates. Renovate distinguishes between the following different types, which you should understand properly:

These update types are used in different places in the renovate.json5 file, e.g. as value in the matchUpdateTypes element (within packageRules), in bumpVersion, or as a key on the root level of the configuration JSON object (as I just illustrated above, e.g. major {automerge: true}).

Renovate is the perfect tool to automate the maintenance of third-party dependencies. It offers a bit more configuration flexibility, compared to other solutions such as GitHub’s dependabot. This is, however, also a bit of a downside! You should expect increased workload and “annoyed” developers at the beginning (during the onboarding phase), because it takes time to configure the Renovate bot appropriately. The configuration is a bit tricky due to the huge flexibility.

I recommend that whoever introduces Renovate bot reads the docs carefully and builds a cheat sheet for the rest of your company (your developers), which includes the most common configuration options. Assume that your developers don’t want to spend a huge amount of time learning Renovate’s configuration syntax, but the default values (of the config:base preset) are often unusable in practice, leading to a massive amount of spam. Take a look at the cheat sheet I created in this article!

By the way: if you are operating the bot yourself, I recommend you change the configuration file name created as part of the onboarding from renovate.json to renovate.json5. This lets your developers add explanatory comments to their JSON file. You can make this change in the bot’s configuration (see onboardingConfigFileName).