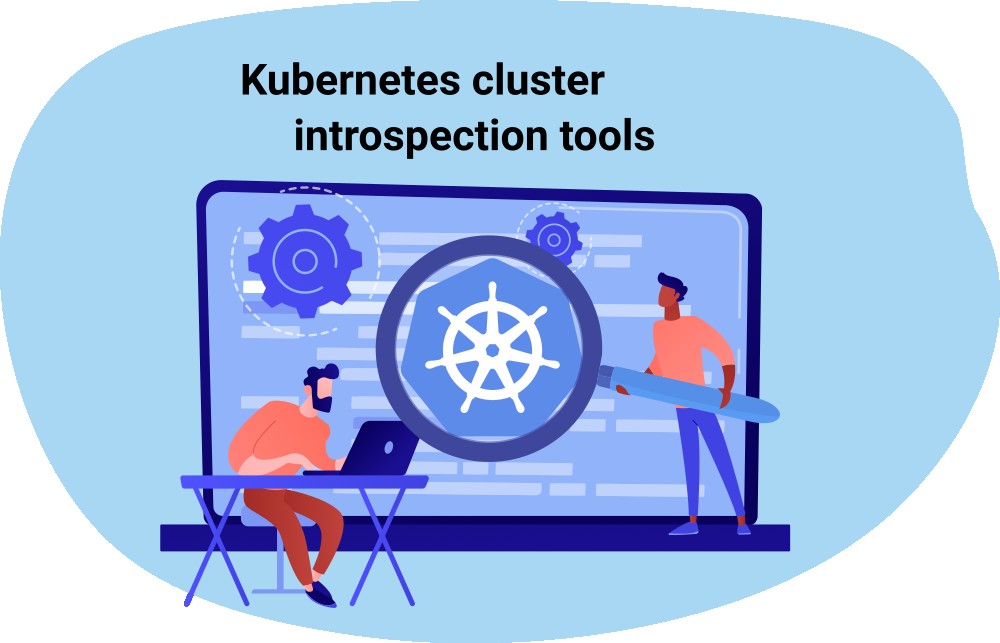 Cluster introspection tools help you better understand what is going on in your Kubernetes cluster, by presenting the workloads visually. In this article I present a taxonomy of available tools and briefly present the tools Lens, k9s, kubenav, Octant, Headlamp, Kubernetes dashboard, Skooner and Portainer. I conclude by giving general recommendations.

This article is part of a multi-part series about Kubernetes development tools:

A very common task for developers, operations and SREs is to introspect a Kubernetes cluster, e.g. to diagnose an unhealthy cluster. The goal is to find out which Pods, Deployments and other Kubernetes workloads there are, whether this matches your expected set of workloads, and diagnose unhealthy deployments.

A commonly used tool is to diagnose problems is kubectl, which interacts with the Kubernetes API server. However, typing commands is slow (especially if you don’t remember the exact syntax), and often the output is difficult to understand. Instead, you might want to use cluster introspection tools, which also communicate with the Kubernetes API server, but let you interact with the cluster visually, by presenting a graphical user interface (GUI).

Lens is a client-side, window-based tool with many useful features, such as:

Take a look at this YouTube video for an introduction.

While Lens probably has the most features of all tools presented here, it does have a few downsides:

k9s is a client-side CLI (Terminal) tool with many advantages, such as:

Check out this video for an introduction.

There are a few more client-side tools you can try, which have similar features, but don’t otherwise stand out. These are:

There are a few options available.

The “official” Kubernetes dashboard is the oldest project, and is still actively maintained. Check out this video for a quick demo.

Skooner is quite similar to the official Kubernetes dashboard. In addition to token-based authentication, Skooner offers OIDC authentication as well. It also seems to offer better layouting on mobile devices. Its development seems to have slowed down, though.

Portainer is well-known in the Docker (Swarm) community, but it also supports Kubernetes. Portainer has a distributed architecture, consisting of an agent and a server, which can be (but don’t have to be) deployed separately. This lets you manage multiple clusters (into which you installed the agents) from a single Portainer server. Note that some functionality is only available in Portainer’s paid business edition (see feature comparison page).

Kubernetes cluster introspection tools greatly simplify the life of developers, ops or SRE. The visual presentation of information makes it easier to understand what is going on, compared to using text-based (CLI) tools. Most of these tools also automatically refresh their views.

But which of the many tools should you choose?

The main advantage of client-side tools is that every developer has full freedom of choice. Each developer can use something else, if preferred. I recommend you simply try Lens and k9s to see which tool suits you better. I found k9s to have a bit of a learning curve and initially requires a cheat sheet for the keyboard shortcuts. The main disadvantage of client-side tools is that every end-user of the tool must be technically able to access the cluster (from a networking perspective), which might not always be the case. For instance, developers might not be allowed to connect to the production cluster, only ops or SREs are.

Finally, there are other server-side tools worth checking out, which primarily have a different purpose, but offer a nice introspection GUI as a side-effect. Examples are:

Which cluster introspection tools do you use? Let me know in the comments!