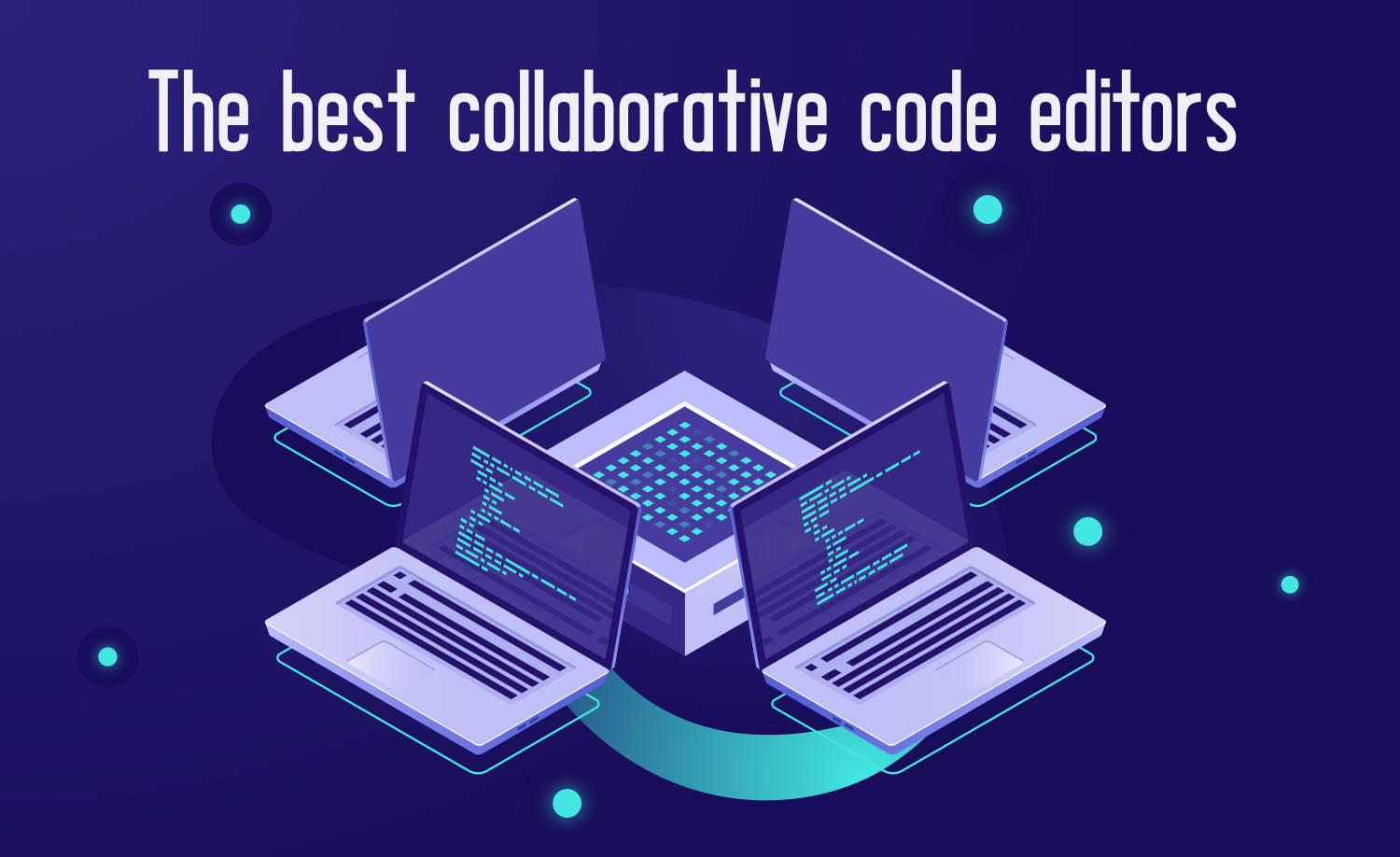 Collaborative code editors let developers write code together in real time, just like Google Docs. This article compares Microsoft Live Share, Atom TeleType, Floobits, CodeTogether, and CodeInterview. I clearly demonstrate the limitations and benefits of each tool, including how it integrates into existing IDEs, end-to-end encryption and pricing. I’ll conclude with recommendations for different use cases, such as coding interviews, or troubleshooting.

While these text editors are good for text-like documents, they are not well-suited for source code. In this article I’ll present tools tailored for collaboratively editing code. Most collaborative code editors work differently than Google Docs (or other text editors), which are hosted in the cloud, with all users being “equal” contributors. With code editors, however, one developer is the host who has the source code on disk. He starts a session, sharing the code with other developers who join the session as guests. Most collaborative code editors stream the code to the guest on-demand, e.g. when a guest requests to open a file. I’ll make heavy use of these terms host and guest throughout this article, so make sure to keep their meaning in mind.

But some code editors have features beyond those offered by Google Docs. Because a code base usually consists of many files, most code editors let guests access and modify different files, independently. A guest can also summon the attention of other guests (or host) to their own cursor, so you don’t have to yell “I’m in this file in that module” over voice chat. Some offer even more advanced features, such as the ability to share a terminal (e.g. UNIX shell or Windows PowerShell), or collaboratively debug code.

I have tested and compared a total of over eight editors. Unfortunately, the editors Brackets (with multi-brackets), codeanywhere and TeamHub are outdated. I will not elaborate on them, because they appear to be no longer maintained, which means they will stop working at some point (or are already broken). The remaining five editors are presented in the following table:

Since there are so many options, the right tool depends on your needs:

Do you know other tools I’ve missed? Let me know in the comments!

3 thoughts on “Google Docs for code: the best collaborative code editors in 2020”